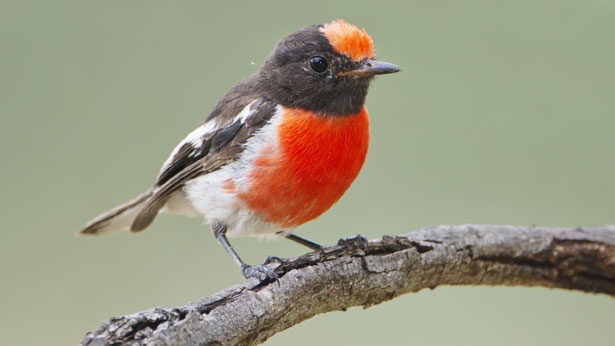 The red-capped robin was one of the birds recorded in the survey
Photo: "Petroica goodenovii - Chiltern" by JJ Harrison
CC BY-SA 3.0

Australian birds prefer almonds over other agricultural crops, according to recent research.

The survey by Charlies Sturt University and the Australian Wildlife Conservancy looked at bird communities in almond and apple orchards, vineyards and eucalypt woodlots. The greatest species richness – that is, the number of different species - and species diversity was found in almond orchards. 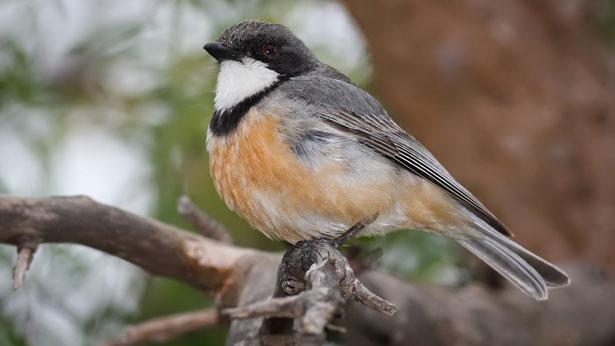 Species such as the yellow rosella, red-capped robin, Rufous Whistler, and yellow-rumped thornbill were recorded in 90% of the areas surveyed. Notably, the researchers also recorded large numbers of the endangered eastern subspecies of the Regent Parrot, Polytelis anthopeplus monarchoides, in almond orchards.