A study in Sweden has found that exposure to animals in infancy greatly reduces the likelyhood that a child will develop asthma in later life. 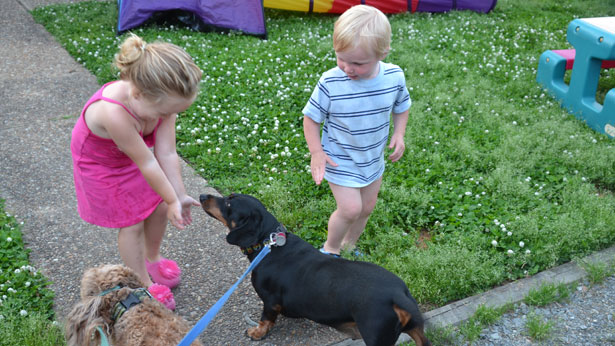 According to new research, young children who grow up with a pet dog in the home are less likely to develop asthma.

The authors of the study tracked 650,000 children and found that exposure to a dog in the first year of life resulted in a 15% lower risk of asthma.

(This doesn't mean that the parents of a child who is already allergic to dogs should rush out and get a puppy: That would be a bad idea, the researchers say, and could make the allergy worse!)

Children brought up on a farm with lots of animals had even lower rates of asthma - the risk of a child developing asthma was about 50% lower.

These findings support the hypothesis that children who grow up in an environment that is too clean and sanitised are more likely to develop a stunted immune system. This “hygiene hypothesis” states that a lack of exposure to microbes and parasites in early childhood suppresses the natural development of the immune system.